A great grandmother drowned in a river when she rushed in to save her beloved poodle Jasper.

Millie Smith, 80, was taking Jasper on his daily walk near Bedfordshire in the UK, when the dog fell into a river. Although she couldn’t swim, her “pawternal” instincts kicked in and she dove into the river to save him. Her courageous act unfortunately took her life. She was swept away by a current.

Hours later, someone found her face down in the water. Jasper survived. The four-year-old poodle was found soaking wet sitting on the river bank.

Millie leaves behind a husband whom she’s been married to for more than 60 years. Her husband Bev says Jasper “stole her heart” and he was not surprised that she risked her life to save the pooch.

“Millie fell in love with him and would have done anything for him,” Bev told the Telegraph. “He misses her so much now she’s gone, as we all do, but he reminds me of her every day.”

“It was heartbreaking. It’s hard to imagine I will never see her again when she was so full of life.” 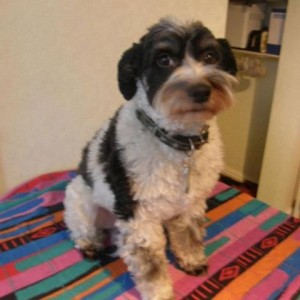 Bev remembers the last time he saw his wife before she took Jasper on a walk in January. That day, he got a call from two women who found Jasper at the side of the river. He and his family then picked him up. When they couldn’t find Millie, they called police.

Cops then told Bev his wife’s body had been found downstream. She was pronounced dead at the scene despite multiple CPR attempts.

“She was a real diamond,” Hilary said. “She was a family-focused lady and worked well into her ‘70s as she loved her job as a carer – she was so caring.”