This Commercial Highlights the Best Part of Being a Dog Owner 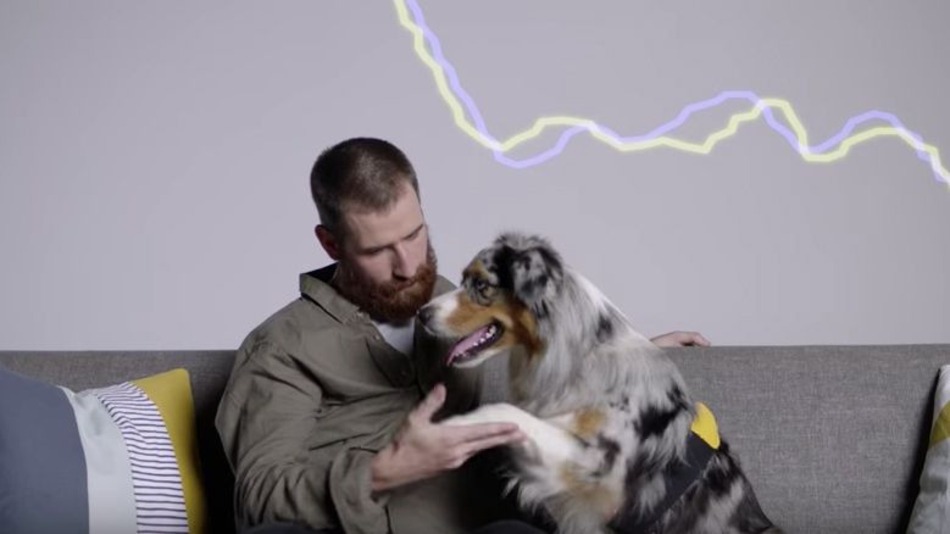 This new commercial will give you feels.

Pedigree, the dog food company, is running a new campaign discussing the connections between dogs and their owners.

People often say that dogs begin to look and act like their owners. This new advertisement tests that theory. Three dog owners and their humans were put to the test. The advertisement briefly shares the story about how each owner connected with their respective dog.

One story featured a woman, Alice, and her dog, Juno. Alice is a woman who has been deaf her whole life. She relies on Juno to help navigate the world around her.

The second story was about a young girl whose previous dog died. Her new dog, Jake, helped her cope with the loss of her beloved dog, Max.

The third story involved a man who experienced a severe accident. The accident caused him significant pain. His dog helped him through the anxiety and depression he felt during his recuperation.

Several scientists and specialists hooked up heart monitors to each human and dog to see if their heart rhythms would match up. They wanted to test any effects that the dogs and humans had on each other.

For anyone that has a dog in their life that they love deeply, the results may not be surprising at all. When the dogs and humans got close to each other, their heart rates each elevated. They were mirror images of each other’s heart rate. Any anxiety, nervousness, or excitement that came about when the dogs first entered the room leveled off in both test subjects when the dog was cuddling up in their human’s lap.

Specialists have long believed that dogs and other pets can decrease levels of anxiety, depression, and other psychological issues that owners may face.

Either way, it is really adorable to think to about.